Chelsea Williams Speaks Out On Racial Injustice With Her New Song “No Justice, No Peace”

Following yesterday’s music video debut, “No Justice, No Peace” is available now on all streaming platforms – proceeds to benefit the NAACP, ACLU, and more

After attending Black Lives Matter demonstrations recently, Los Angeles based singer/songwriter, Chelsea Williams, felt so moved by all that she saw – she returned home, sat down, wrote and recorded a new song, all in one day. The result is “No Justice, No Peace”, which is available today on all streaming platforms. The video debuted yesterday, and shows Chelsea performing the song live in a dark graffitied warehouse interspersed with powerful images from the recent protests across the country. You can watch the stirring video, here.

In lieu of royalties, all proceeds from the song will be distributed equally to benefit the below organizations of Chelsea’s choosing:

By speaking out, Chelsea hopes the song will compel others to speak up as anti-racist allies who are actively hoping to dismantle racism and police brutality. After witnessing the civil unrest following the tragic death of George Floyd, Chelsea, like so many of us, is angry.

Chelsea continued, “To this point in my career, I’ve always resorted to playing it safe when speaking out on social or political issues that are important to me for fear of judgment or alienating prospective fans, but I am done walking on eggshells. Silence on this issue will only allow racist violent acts to continue. This song is me speaking out the best way I know how. This song is my battle cry. I stand against racial injustice and inequality, and with Black lives. Enough is enough!” 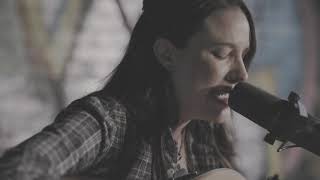 Following yesterday's music video debut, "No Justice, No Peace" is available now on all streaming platforms – proceeds to benefit the NAACP, ACLU, and more After attending Black Lives Matter demonstrations recently, Los Angeles based singer/songwriter, Chelsea Williams, felt so moved by all that she

Performing five hours a day, four days a week, Chelsea Williams honed her skills busking at Santa Monica’s Third Street Promenade, where she captured the attention of passersby including Ron Howard and Sheryl Crow. This led to a high-profile TV commercial singing in Maroon 5’s “Playing for Change” version of their hit “Daylight”, as well as a record deal, and a Singer-Songwriter of the Year award from the Hollywood in Music and Media Awards. “No Justice, No Peace” follows the release of Williams’ sophomore album Beautiful & Strange earlier this year, which received featured placement on Apple Music’s coveted New Music Daily and NPR’s All Songs Considered. Williams’ has also been named one of Rolling Stone’s “Top 10 New Artists You Need to Know.”

Sign up for our newsletter to get information from Blue Élan and Chelsea Williams delivered to your inbox.