This year, we asked the artists and fathers on our label to share what Father’s Day and fatherhood means to them. To give her own take, here’s Mustangs of the West‘s Holly Montgomery answer 7 questions we’ve always wanted to ask her about Father’s Day!

Oh yeah, and you can take 20% off our entire store with the code DADSROCK. That’s right. All merch and music in our store, from Red Wanting Blue’s The Wanting on 180 gram vinyl, to Jesse Dayton’s Mixtape Volume 1 work shirts are on sale. So get at that Gerry Beckley/Rusty Young/Jack Tempchin discovery bundle you’ve been pining for. 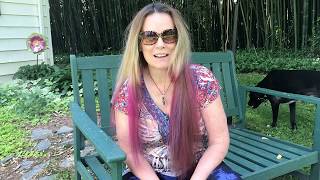 This year, we asked the artists and fathers on our label to share what Father's Day and fatherhood means to them. To give her own take, here's Mustangs of the West's Holly Montgomery answer 7 questions we've always wanted to ask her about Father's Day! Oh yeah, and you can take 20% off our entire st

What influence did your father have on your music or your writing?

“Both my parents were musicians, and it was always something that was felt keenly in the family – mainly because both their musical ambitions fell far short of where they would like to have gone with it. So it was a strong drive in me my whole life that I should not grow older and have regrets about not getting my music out there in the world.”

Name a song or band your dad introduced you to that still means a lot today?

“My father was a classical piano player who went to Eastman in New York.”

Growing up, I thought that was so cool. He loved the Russian composers (Prokofiev, Tchaikovsky, etc) and so I listened to that style a lot and read a great deal about the world those great composers lived in. This had a large impact on me as I got older, and had some influence in me adopting 3 Russian children. So while there was no song or band that still means a lot, the Russian style of classical music from the 19th and early 20th century always reminds me of my father.

I know that as he started having children at a young age (and also being drafted into a war) kept him from pursuing the kind of music he was interested in and good at. My mother told me that as a result, he began playing in piano bars and was terribly depressed over that. Shortly before he died (I was 7 years old), he got his real estate license as I think that was more preferable to him than playing music he didn’t like. At one point I started to think the same, and got my real estate title license, and about 4 months later the worldwide real estate market collapsed. I took that as a sign/warning from the universe to never try and have a steady income again, lol.”

“When I would sit on my father’s lap, he would play “air piano” on my legs while running through fingerings of songs. He showed me piano/coordination exercises that I still remember!”

Is there a musician out there who serves as a father figure to you?

“No. I never thought about it until you asked this question, but I must say that I have never had a male musician mentor me or help me in any way in my career.”

How does music influence your parenting?

“The main thing I’d like for them to learn by watching what I do is that if you work hard at your craft and are flexible enough, you can create a life for yourself that you enjoy and gives you purpose.”

How do you balance family, and your career?

“When I adopted my kids, I found that I couldn’t balance family and career and so put my guitars away for about 8 years. I couldn’t handle doing music part way and never could I play ‘music on the side.’ It was hard and painful but necessary in the long run and I have no regrets. And I must say that I came back to it with a freshness and appreciation I don’t think I would ever have had if I had not taken such a long
break from playing and writing.”

Will you pass down instruments to your kids?

“Oh, they’ll get them. But since they’re not interested in learning or playing music, I’ve given them my blessing to sell them and keep the money, lol. I’d rather the instruments be played by someone making music than to gather dust in a closet.”

Sign up for our newsletter to get information from Blue Élan and Mustangs of the West delivered to your inbox.