Watch The “Sky Dancer” Music Video, Out Now On YouTube

Scout Durwood has released her newest song/video for “Sky Dancer” from her forthcoming EP and video comedy series, Comedy Electronica Vol. 1, set to be released digitally on September 29. The “Sky Dancer” video, the fourth in her new digital series, is available now on YouTube. You can watch the full series HERE.

The hilarious new video features the brightly colored blow-up air wavers dancing along with Durwood and friends. As she explains, “I always knew I wanted to start a dance craze. Special thanks to Jason Zeni who directed this beast, and to all of the incredible dancers who lent their enormous talent to the shoot.”

When writing the song, Durwood explains the process that led to the final version, which also features Gunner Sixx (son of Motley Crue’s, Nikki Sixx). “The lyrics to “Sky Dancer” are actually pretty close to the scratch track. I had the hook, but I was having a weirdly hard time coming up with the verses. Dave (Darling) put me in the booth and let me freestyle a couple of times. When I came out, he was like, “that was great!” And I was like, “what did I say?” And then we cleaned it up a little bit and that was it. Gunner Sixx threw in all the bits and bobs that really make the track work.” 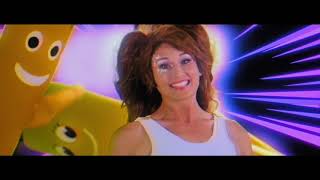