This single marks the second entry of Blue Élan’s We Are The Highway project, an upcoming charitable collection of Chris Cornell cover singles. All We Are The Highway proceeds benefit the Chris and Vicky Cornell Foundation – helping children who are facing homelessness, poverty, abuse, and neglect worldwide. The collection will feature five cover versions of songs written and performed by Chris Cornell, in an effort to uphold Cornell’s legacy and keep the promise as a way to make positive change through music, made to him by Blue Élan co-Founder, and personal friend, Kirk Pasich.

Beyond forwarding proceeds, Blue Élan hopes that it will also bring awareness to this charitable foundation that now, more than ever, is necessary to help children in need. As Kirk states, “We cannot think of a better musical way to do that than sharing the music of Chris Cornell, in his memory, and to help children.”

Chris Cornell was a client of prominent insurance coverage attorney and our co-founder, Kirk Pasich. What started as a business relationship quickly turned to a friendship over their shared love of music. Kirk has made it his mission to uphold Cornell’s legacy and keep the promise as a way of making positive change through music. With that in mind, several Blue Élan artists and friends have chosen songs from Cornell’s catalog. These songs have inspired each artist’s own journey to survive, to persevere, and to thrive in hopes of maintaining the promise of the Chris and Vicky Cornell Foundation.

He reaches out to us through space and time, seizing us with unexpected force; arresting us with a passion and a spirit that transcends even death. His image and voice paint a picture of vitality. He will remain alive forever through the power of his work, the life-force of his words.

When I first heard ‘Can’t Change Me,’ I had no choice but to be captured by its existential angst, the determined defiance, the proud resignation of its words. I was taken by the intensity of the music. How could I not have been? When I hear it, I think of a flame burning in the darkness.

Follow the official Blue Élan “We Are The Highway” playlist on Spotify: https://open.spotify.com/playlist/1i4e6wePZUbtcomfAPfk5o?si=4K-l_YvxQp6-6JarayEBHQ 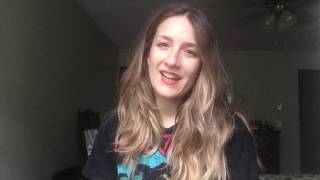 Roan Yellowthorn – We Are The Highway